Faith in the Home 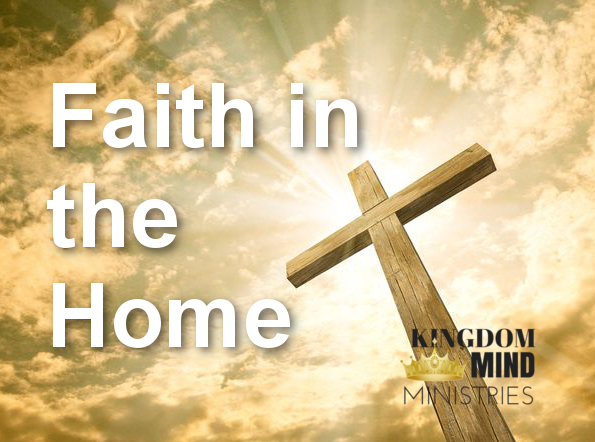 Silence of God in your home can be the result of ignoring the planned pattern of God for your specific Family assignment. The parents who are leaders in the home who leave out Christian teachings, principles, and Godly choices as examples of trust create for their children an atmosphere for them to adopt the world’s methods of gain, principles, virtues and trust. They would learn to trust unhealthy influences, political ploys, as the movement of the will of God upon their lives when in reality it has been an avenue or door they have forced open. In short, God wasn’t involved.

Silence by God also means failing to promote his appointed way and timing. Ask Abraham this question. If he could redo the method he used to gain his first born son of promise, what would he have done differently? I tell you he would have obeyed the Godly method, in the way, how God, wanted to enlarge his family. The extra relationship was not a God ordained method. Sure they had infertility issues. Sarah pushed him and now she won’t shut up with the accusations. Confusion, disarray, bickering and power struggles between adults and Family members make it impossible to hear the voice of God for your home. In fact, a Family hears the directions of God by Family prayer, Family devotion and bible teachings. Yes, God speaks from his Word. To hear him, Families must go to the place where God is best Found.

It’s always amazing that we tend to hear God clearly in the “after” and not before. Some Family mistakes are recoverable, some short-lived and others a life-long battle. Abraham and Sarah’s blended family was a life-long battle filled with heart ache and reminders of how they left out faith in the deepest struggle in their relationship–infertility. But, their story of marriage problems reveal to Families today, that no matter what, past issues plagued the harmony in your home, God can give you the strength to endure and bring back into your home his intended promises and assignments.

Tweet this Quote: Without faith in the home, God becomes silent!