Can I Get What I Need? 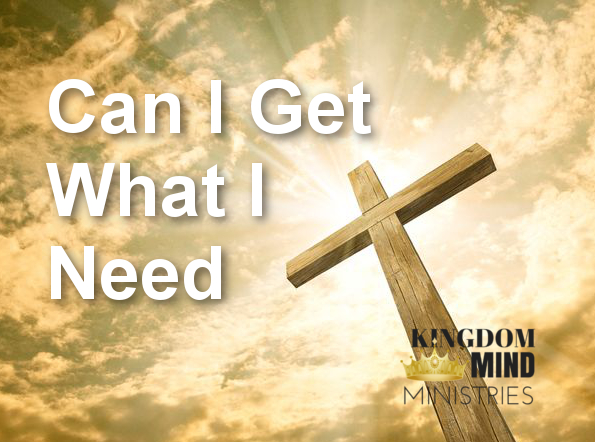 Prayer has always been the means by which God reveals himself to us as the eternal and global power of Heaven and Earth. He specializes in maintaining and restoring out of control circumstances in our personal lives, situations on the earth, and human morality and health, especially, the impossible things beyond our ability. Such things are: on a large scale tribal, national, international and territorial peace, malignant tumors, rare diseases, demonic harassment, dirty habits, filty hearts, abnormal love for children and teenagers, pending prison sentence, speedy job replacement and Soldier protection during dangerous combat operations. Prayer benefits those who believe by faith in Jesus who they have not seen. Once faith is activated through prayer God becomes committed to answer by restoring, appearing (theophany) or healing.

As a man of God who is committed to prayer, I have seen people’s lives touched by the power of God out of circumstances they were facing. The ministry I’m entrusted with, is to, simply pray. I mean simple. To speak to God in normal words concerning people’s problems. No jump roping involved, nor holding one at the altar for hours, not even yelling prayer words in their ear causing a rupture of their eardrum. Simply, normal prayer! People have received results, reacting with joy and tears, knowing the kingdom of God’s power manifested in their personal affairs.

A woman who I came across in the state of Tennessee who had worked three part-time jobs to “make ends meet” and make payments on her home, became exhausted in her body. Over time, she couldn’t push herself anymore to keep up. She limited herself to working one job. Her home payments began to fall behind and soon she was on the verge of losing her home–15 years of investments. She knew of me through ministry work with my grandfather. She called upon me to pray with her. I held her hands and prayed to our abundant God to line her up with a job that will fulfil her need and wants without suffering loss. That was it! Within one week, on a Monday, she was asked to work for a wealthy family to care fore their live-in father. This woman was paid $1000 a week! She worked there faithfully for the next two-and-half years. She stored away money and faithfully tithed into her local church in that city. To obtain the blessings by God you don’t have to show him how much you are sweating in panic. You get by believing in Jesus who knows where or what to send your way.

On another occasion, a woman walked into my office for counsel. As she told her story, she began to openly grieve feeling without hope that her situation wouldn’t change. This woman for the third straight time miscarried. Always at the end of her second trimester. As I was listening, the Lord asked me the question, who is her god? I asked her about her faith in Jesus. She explained, “I grew up knowing about a pantheon (many) gods. I believed what my family has believed”. I prophesied, “there is only one true God and today he comes to reveal that to you. If you will renounce today what your ancestors believed, believe in Jesus as God’s authority on earth, he will open your womb and by this time next year you will give birth”. I placed my hands upon her head and prayed in a normal voice for the curse of miscarriage, false gods and false religion be removed from her life. She confessed and sobbed in tears. I went to another country for almost a year preaching. When I got back, I came across the woman’s husband. I hadn’t recognize him because I was rushing to get some where. The spirit of the Lord alerted me to look to my right and I recognized him. Prophetically, I asked him, “what’s new?” With joy on his face, he said, “my wife is due next Monday and we are having a girl”.

The same God who overshadowed Elizabeth’s womb causing birth; still performs miracles the same in women in our present day. A prophet prays for the release of the power of God in a person’s life, while at the same time, smiting the kingdom of darkness.

“I urge, then, first of all, that petitions, prayers, intercession and thanksgiving be made for all people.” 1 Timothy 2:1 NIV

A Prayer Against Witchcraft Workings